A BRUTAL Aussie cop is still on the job even though he was caught on a sickening video “celebrating” after stoning a wombat to death.

Waylon Johncock is being probed by his bosses over the horrific footage shot on the Eyre Peninsula, south Australia. 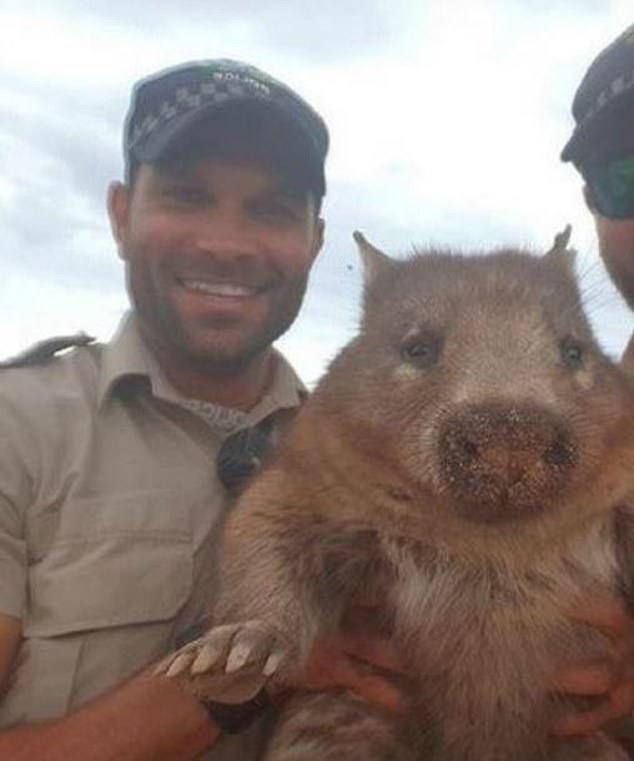 He has been slammed in his home country and 300,000 people have signed a petition calling for him to be punished by the force.

Some Aboriginal groups say he was exercising hunting rights, but other elders have slammed him as making a mockery of their traditions.

However, the South Australian Police force revealed he has not been placed on leave and is still working as normal during the investigation.

Commissioner Grant Stevens on October 2 promised the investigation would be dealt with the “utmost seriousness” and promised an update would be released early this week.

“I find the actions portrayed in the footage to be totally abhorrent and unacceptable. I am aware of the community outrage regarding this matter,” he said.

“I want to reassure everybody that the actions in the video do not align with the values and behaviours I expect from my employees, nor does it align with community standards.

“Numerous employees of South Australia Police have also expressed to me that they, too, find the footage detestable and not consistent with their values.”

A local rescue group shared the sick video and created a petition in hopes it leads to prosecution.

The savage attack is reportedly a common practice in the area.

In the distressing clip, two men can be seen following a wombat in a 4WD on a dirt road before on Johncock gets out and starts following it by foot.

The driver can be heard saying “Get up close”.

The off-duty police officer gives the camera a thumbs up before chucking the defenceless wombat with stones.

As the animal tries to run away, the man continues to hurl large rocks at it while the driver erupts into laughter.

‘SOMETHING MUST BE DONE’

He then raised his arms in triumph after throwing another rock, causing the wombat to topple over.

The driver then said: “You killed him!.

Wombat Awareness Organisation, a local rescue group, shared the sick video to their Facebook page after it was sent to them.

The group wrote: “I am tired of reporting such cruelty for it to be ignored. If this gets your support, something may be done.”

Brigitte Stevens, from the organisation, told Seven the wombat didn’t die straight away and was left to suffer.

One shocked viewer wrote: “I am so shocked to see this, there are some seriously messed up people in this world but for this to be someone who has a responsibility to be a good role model in the community makes it even more shocking!”#

The group later created a petition to bring the heartless cop to justice under the Animal Welfare Act.

They said: “Last night’s video of the wombat being stoned to death is allowed under the Native Title Act, accepted as traditional hunting.

“All animals should fall under the protection of the Animal Welfare Act.

Johncock has been in the South Australian Police Force for 10 years working as one of the state’s Community Liaison Officers, the Daily Mail Australia reports.

He now works as a Senior Community Constable based out of a remote community, SBS reported earlier this year.

His time in the force has been spent helping to bridge the gap between social and cultural differences between non-Indigenous officers and the community.

MOST READ IN WORLD NEWS


Woman, 30, claims to be in relationship with Boeing airliner she calls 'darling'

Johncock said at the time that part of his job was to help communications between non-Indigenous and Aboriginal people.

He said: “There is a huge gap in the English and Pitjantjatjara language.

“Because I have a basic grasp of the Pitjantjatjara language, I’m able to assist my mainstream member who I’m working with to communicate.”